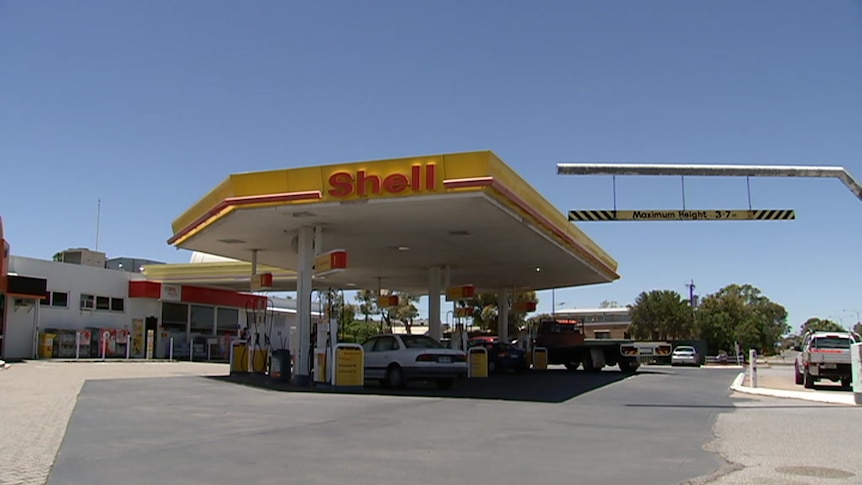 A service station in South Australia’s Murraylands has been identified as an exposure site attended by a group of removalists, two of whom have tested positive for COVID-19.

The three men travelled to McLaren Vale, south of Adelaide last week, carrying furniture for a family relocating from western Sydney, after first heading to Melbourne.

Health authorities today said the men — including one who was identified as a positive case in NSW — had stopped at a Shell service station at Tailem Bend, south-east of Adelaide, between 5:20pm and 7:00pm on Friday, July 9.

Eighteen QR code check-ins were logged at the location during that time, but Deputy Chief Public Health Officer Emily Kirkpatrick said examinations would be carried out on CCTV to check if there were other people inside.

“However, we are stepping through a CCTV review to ensure what exactly happened inside that service station and to identify any other potential risks.”

Dr Kirkpatrick said the site was being treated as a “high-risk” location, and that one of the workers there is now showing symptoms.

She said while the removalists had been “compliant” and there was “certainly no evidence of wrongdoing” when it came to cooperating with authorities, none of the removalists performed QR code check-ins when they were in South Australia.

“It is really, really important if you have been at the Shell service station to immediately self-isolate.

“At this stage, it’s the only location we have identified.

“There were no QR check-ins for all three of the drivers coming into the state.”

SA Premier Steven Marshall said people who were at the service station during the danger period were urged to make themselves known to SA Health.

“We believe it’s quite a small number, but there were 18 QR code check-ins at that same time, but we’re also making it very clear that there may be some people who didn’t check in,” he said.

“They will need to go into quarantine and be tested, and of course their families and their immediate contacts will need to as well.

“We’re going through, speaking to those 18 people, were they with other people, did they have children with them, who else do we need to work with, and of course working with the proprietors at that service station.

“Anybody who was there at that time will need to go into quarantine, get themselves tested, make themselves known to SA Health.

“There have been some issues in terms of interpreters for two of the three individuals who don’t have English as a first language,” he said.

The Premier said was “no evidence whatsoever of them being out and about in the McLaren Vale area”.

“We are monitoring the families, they are the ones who were in contact with the removalists for the largest amount of time,” he said.

“It’s perfectly safe in that area.”

Coorong District Council Mayor Paul Simmons said the Tailem Bend community was waiting for further information about the level of risk and potential exposure, and some locals were understandably “nervous”.

“It’s only come to light this morning,” he said.

“We’re concerned but not alarmed. We’ll deal with this in a sensible manner.

“We’ve been pleasantly surprised that we haven’t had an incursion like this yet, over time, given that we are on the main highway to Melbourne and the secondary highway to Sydney.

“So far during COVID we haven’t had any cases in my community.

“Obviously we wouldn’t be fearful, but we’d aggressively chase down all the risks we have.

A nearby worker said she found out about the exposure risk at the petrol station through the media, and there was concern within the community.

“It is a bit of a shock because customers came in and said, ‘Why is [the petrol station] shut?’ That was this morning,” she said.

Another local said a possible coronavirus outbreak in the town would “definitely be a worry”, especially because of the local ageing population.

“We’re rural and not used to this happening to us. Usually it’s the city that gets in trouble,” she said.

“There’s a lot of elderly people here. It’d be really scary for a lot of families who have their grandparents here.”