Researchers have discovered what’s believed to be the first Covid-19 mutation resistant to the antiviral drug Remdesivir outside of the lab, according to a new preprint study.

In research published earlier this week ahead of peer review, scientists at Yale and the University of Washington School of Medicine said they found the mutation in a woman aged in her 70s, who was severely immunocompromised at the time she received Remdesivir due to cancer treatments.

Though such mutations have been produced in vitro during lab studies, they “have not been reported” in a real-life setting previously, the researchers said, noting that the finding is “limited to a single case” and requires further confirmation, but nonetheless “suggests that Remdesivir can impart selective pressure” and drive the evolution of the virus in infected cells.

The antiviral drug did initially alleviate the patient’s symptoms – in line with other case reports for Remdesivir given to those with compromised immune systems – however, it gradually lost effectiveness. The patient’s viral load soon shot back up, both during and after the treatment period, and she continued to experience symptoms of Covid-19.

To determine what happened, the researchers took a viral sample from the patient and sequenced its genome, finding what Yale immunobiologist Akiko Iwasaki called an “intriguing” mutation that appeared to confer resistance to the drug. Because the original sample exhibited a number of other unrelated genetic changes, the scientists then synthesized the Remdesivir-resistant mutation in isolation and confirmed that it can indeed hamper the treatment.

The elderly patient was finally able to clear the virus – and regain her sense of smell – after she was administered monoclonal antibody therapy, which produced a “rapid and sustained virologic response.” After five months, she showed no resurgence of infection, the study said, adding that “this case illustrates the importance of monitoring for Remdesivir resistance and the potential benefit of combinatorial therapies.” 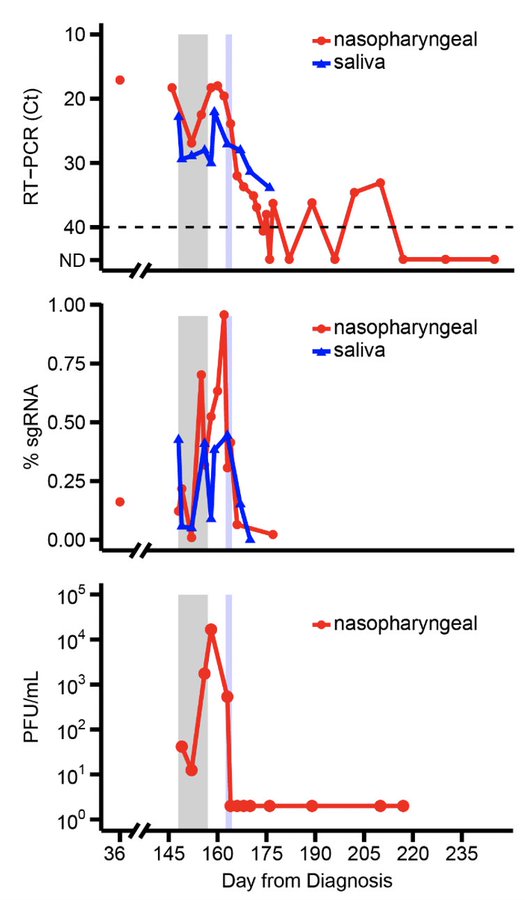 One of the few treatment candidates known for Covid-19, Remdesivir has been a subject of controversy, largely thanks to former president Donald Trump, who touted the antiviral after receiving it during his own Covid-19 infection last year. While a number of scientists, including those behind the new preprint research, have acknowledged the drug’s effectiveness in certain case studies, the World Health Organization issued a “living guideline” discouraging its use last November, citing a trial that found recipients were no more likely to survive their infections than those who did not take it.