A five-story coal silo in Baltimore, Maryland has exploded, and first responders are now investigating the incident, which people reportedly felt throughout the city.

The explosion occurred at the CSX Coal Plant Building in South Baltimore on Thursday morning. The massive explosion sent shockwaves through the city, with some questioning whether Baltimore had been hit by an earthquake.

Anybody else in Baltimore just feel/hear a loud boom? Caused a door to jar open in our house and set off the dogs like crazy

Anybody else in Baltimore just feel/hear a loud boom? Caused a door to jar open in our house and set off the dogs like crazy

City fire officials tweeted that the scene was “under control” not longer after arriving, revealing there had been no injuries discovered yet and all hazards in the area had been contained.

Images from the explosion show huge clouds of smoke rising up out of the scene.

The shockwaves also caused local damage, with some nearby buildings photographed with their windows shattered.

Hazmat crews, special rescue teams, and fireboats all responded to the industrial area after reports of the blast. Baltimore City Councilwoman Phylicia Porter tweeted that she was working with Mayor Brandon Scott to address the situation “as swiftly and safely as possible.”

Windows blown out at nearby buildings and shattered glass on the sidewalks from the impact of the powerful coal dust explosion. @wjz pic.twitter.com/ZHpypnIXOA

City residents have been warned by authorities to stay clear of the area as they conduct their investigation. Baltimore Fire Department spokesperson Blair Adams told the Baltimore Sun that the explosion was caused while coal was being transported on a conveyor belt and coal dust buildup caused the eventual explosion.

Adams insisted, however, that there is “no impact or risk to the community

Incident is under control. #BMORESBravest have found no fire or injuries. Property is @CSX. Their engineers & investigators are on site working with our units. All hazards have been contained. pic.twitter.com/8EtDnmHHd7 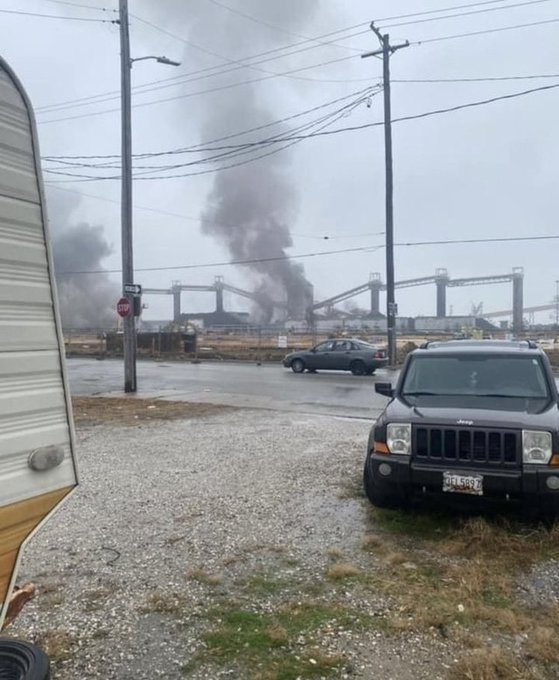